Skip to content
Home » Drawing » Animals » How to Draw an Ant – Step By Step Instructions
THIS POST MAY CONTAIN AFFILIATE SALES LINKS. PLEASE SEE MY FULL DISCLOSURE POLICY FOR DETAILS
Rate this Post! Pin it!

Ants are small, social insects that have colonized the entire planet. Did you know that there are more than 1 million ants living on the planet for every human being?

Ants are everywhere, from the deepest forest to the most urban city. So much so that everybody has seen one at least once.

As a result, they are a great source of inspiration for drawers of all ages. Let me share how to draw an ant with my step-by-step instructions! 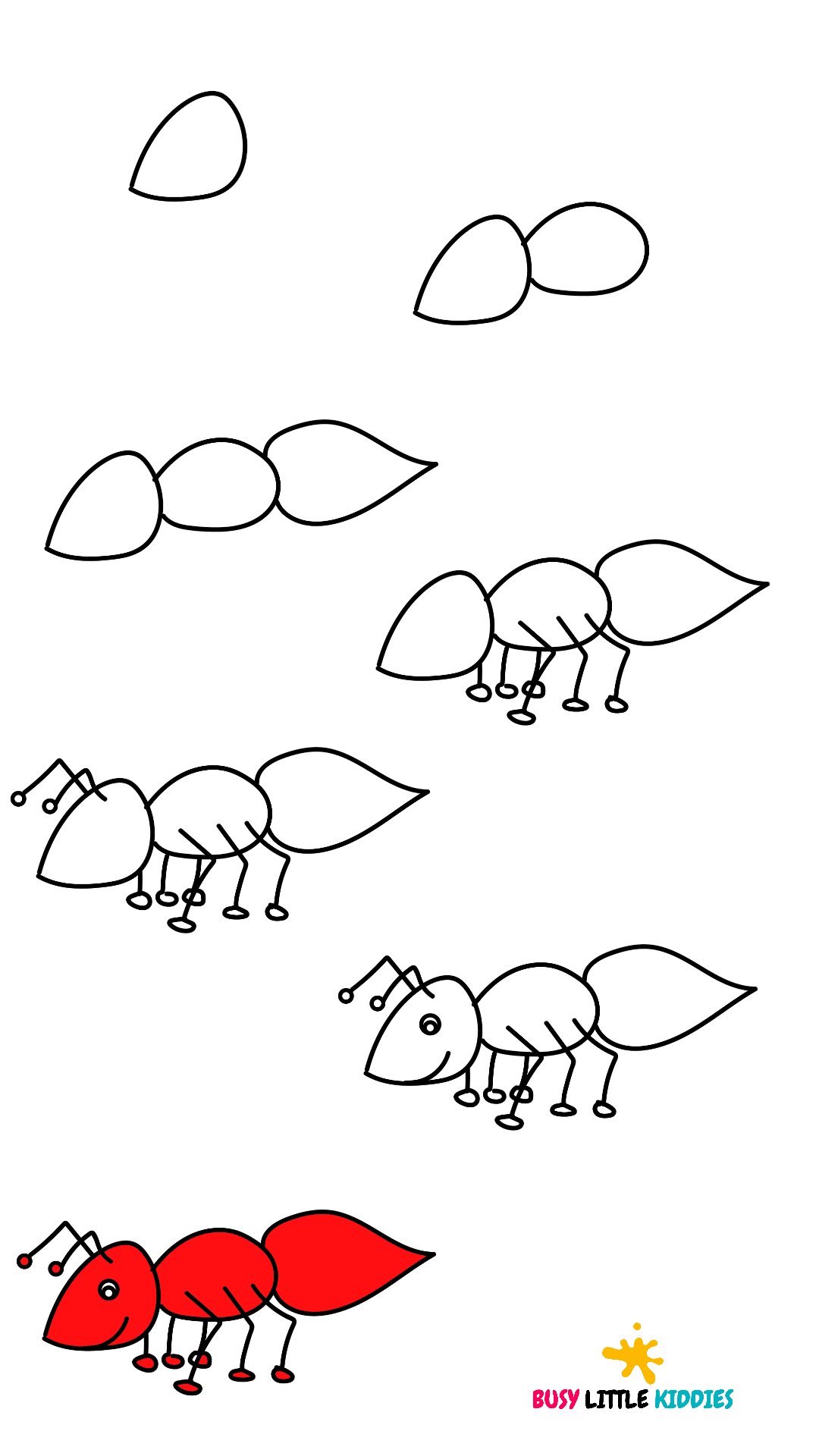 How To Draw An Ant

In this step-by-step tutorial, we’ll learn how to draw an ant. It’s actually very easy and can be done in 7 simple steps, so kids and adults can follow it easily.

Before coloring it in Step 7, there are 6 preliminary steps to sketch a beautiful, fun-looking ant!

To draw this ant, we’ll need: 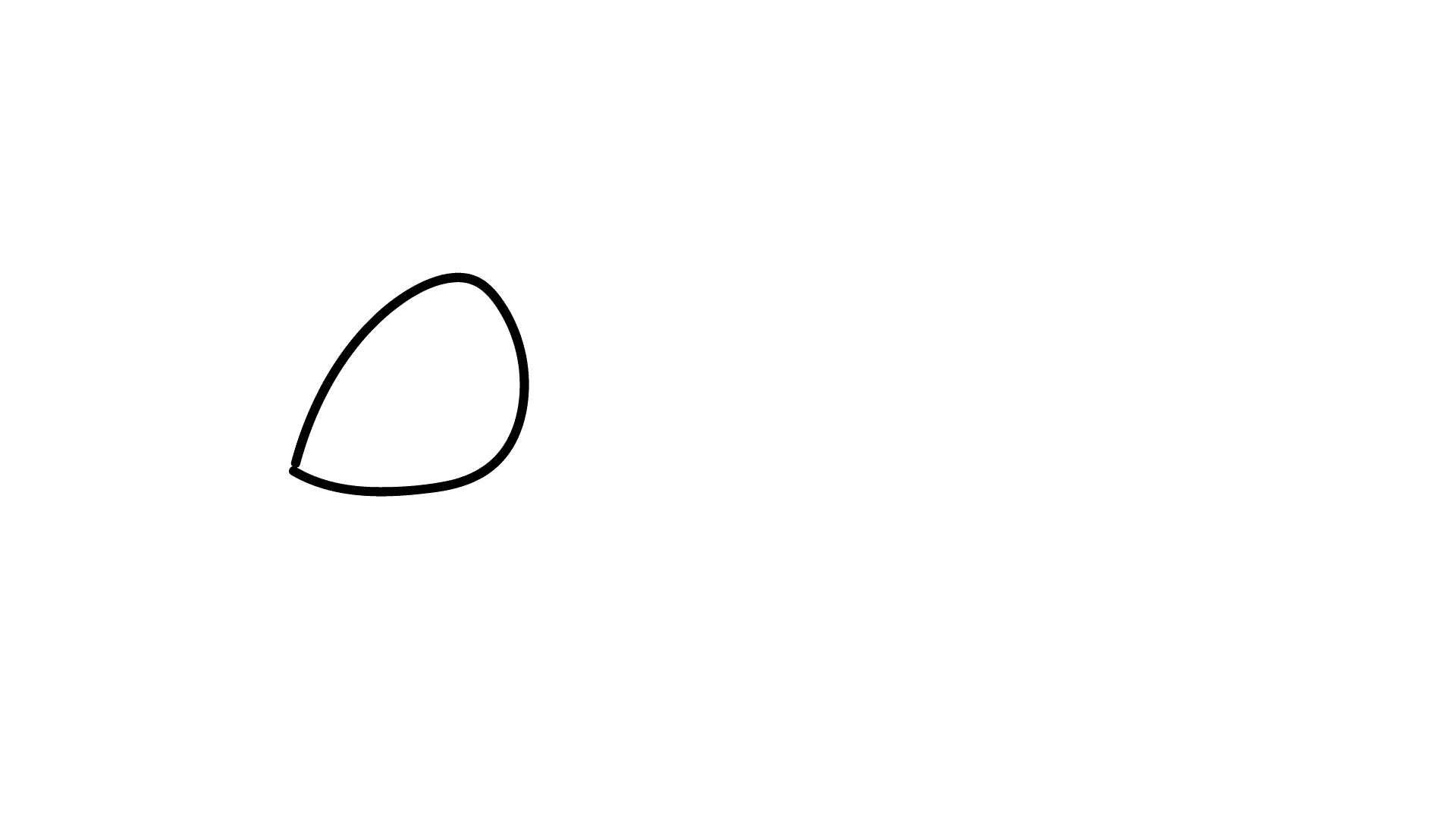 Start your drawing from the head. An ant head has a slightly oval shape with a pointy nose.

Position the head about 1/3 from the left of your sheet of paper.

Don’t draw ears as ants don’t have any! 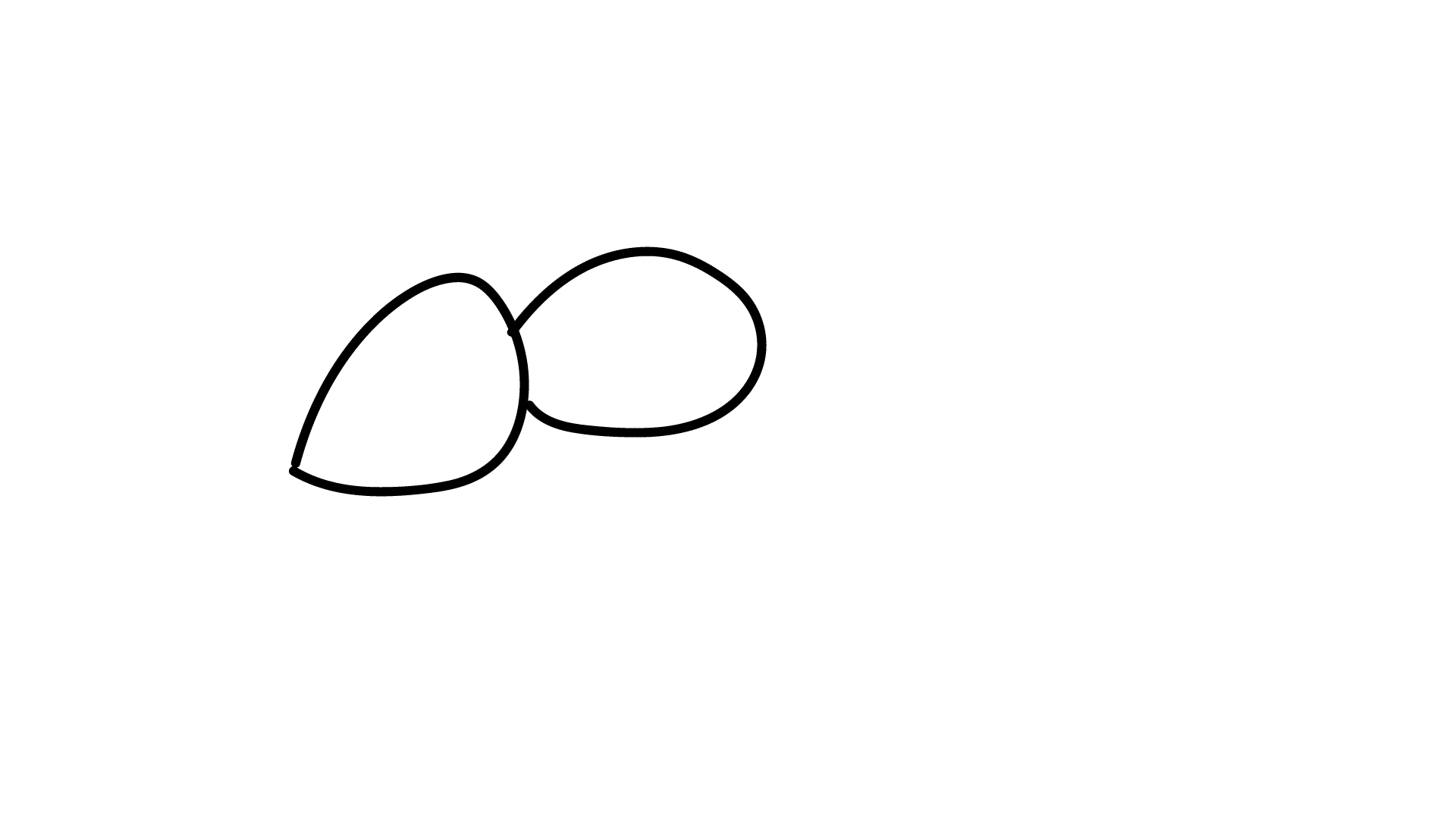 Ants are insects, like bees, wasps, and butterflies. As such, they have a segmented body which means they are made of 3 main parts. The head, the thorax, and the abdomen.

The ant’s thorax is where the legs are attached. It can also support wings for winged ants.

Draw a small oval or round thorax slightly smaller than the head.

Fun fact, ants don’t have lungs like us. They breathe through a myriad of tiny holes all over their body. 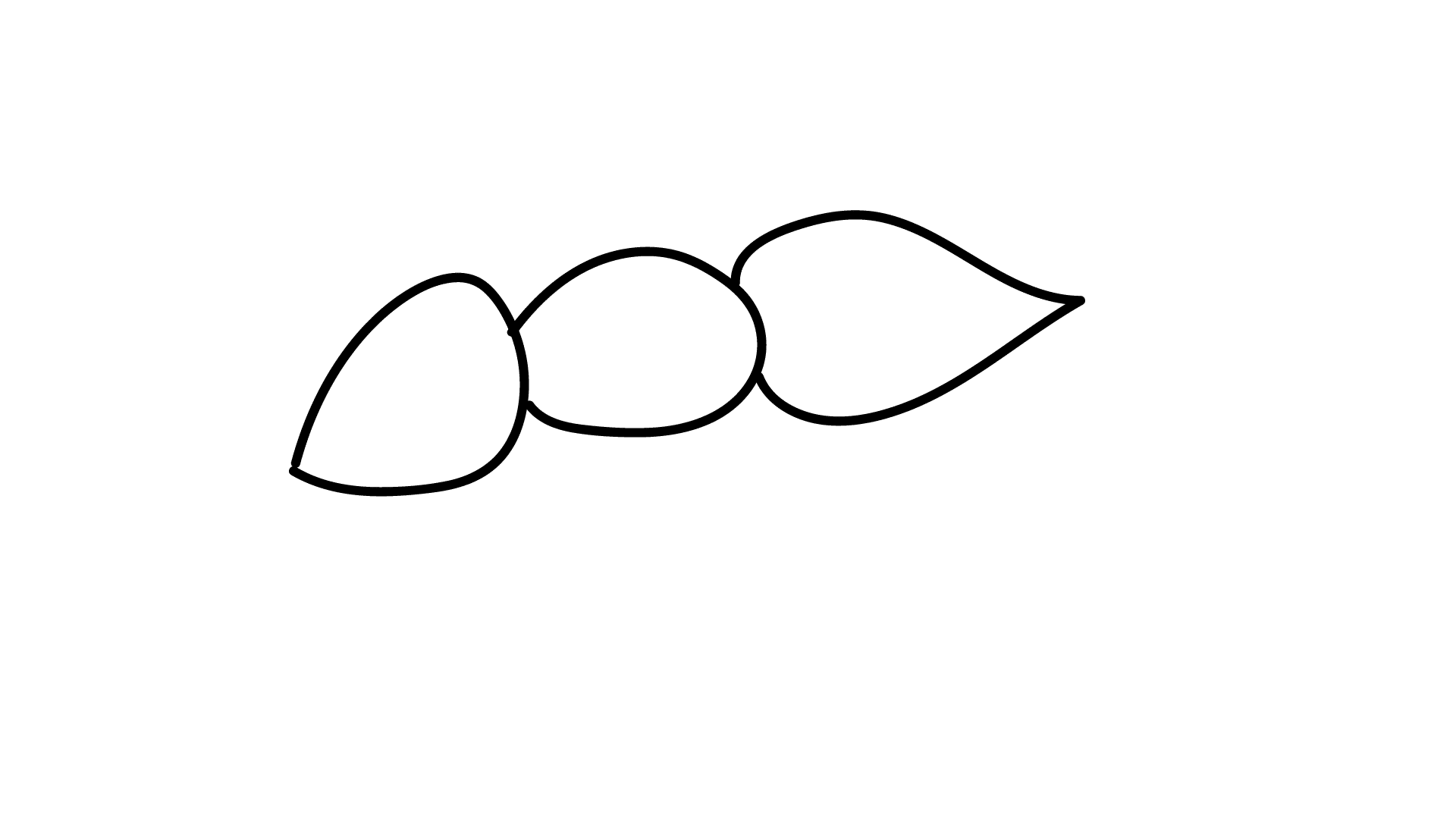 The abdomen is the third part of the ant body and it’s generally the largest. It contains most of the ant’s digestive tube.

Draw it with a shape similar to the head, but pointing in the opposite direction. 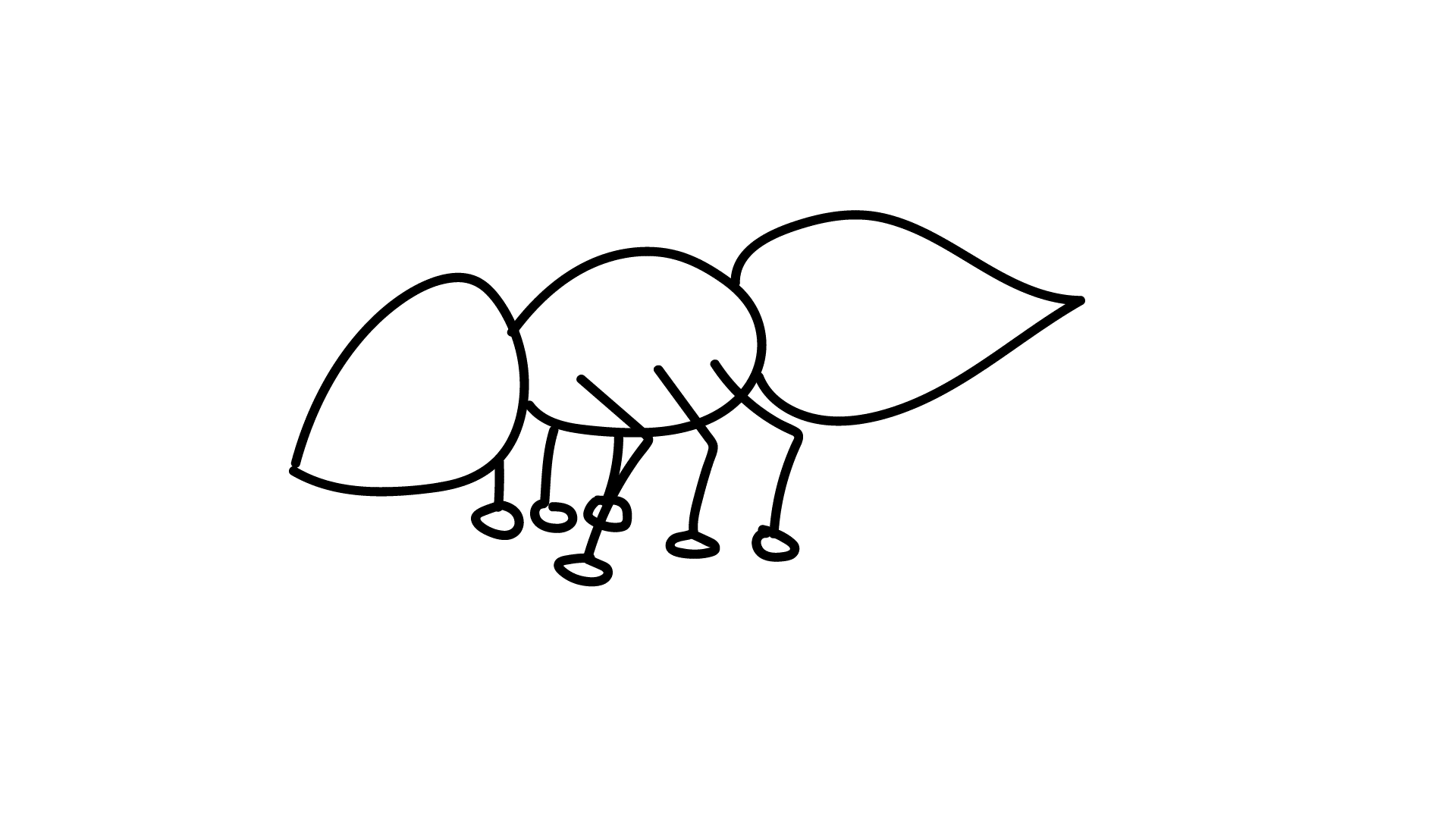 Ants are insects, therefore they have 6 legs, 3 on each side. They don’t wear shoes, but it’s certainly easier to draw small boots than their complicated claws. 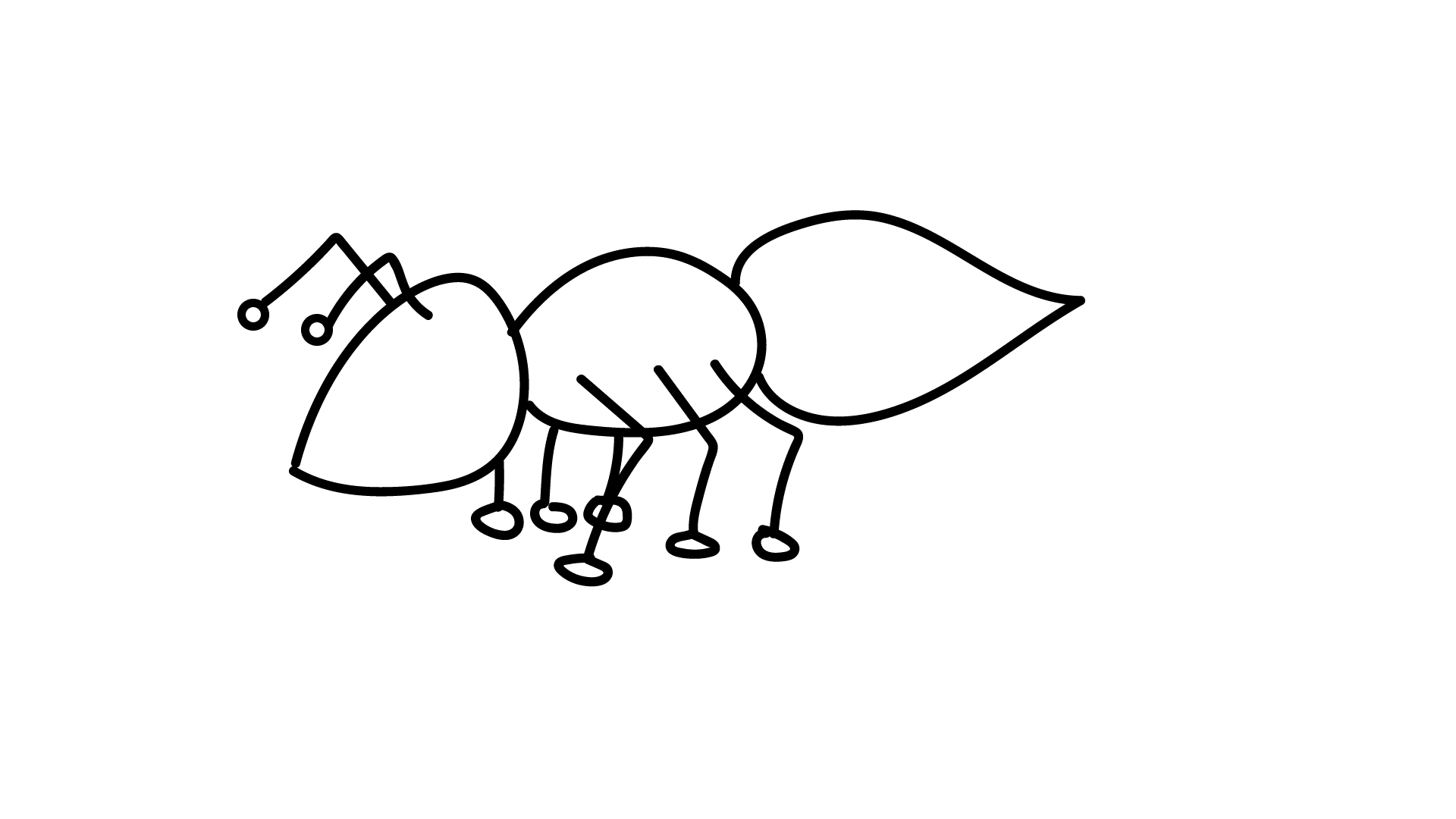 Antennae also called feelers are used for sensing. They are common across all the arthropods (spiders, insects, shrimps, etc.) and they are used to touch, smell, sense the temperature, humidity, pressure, and even position.

Ant’s antennae are relatively straightforward to draw with their kink in the middle, but to make them even cuter, we’ll draw them with a circle at the end. 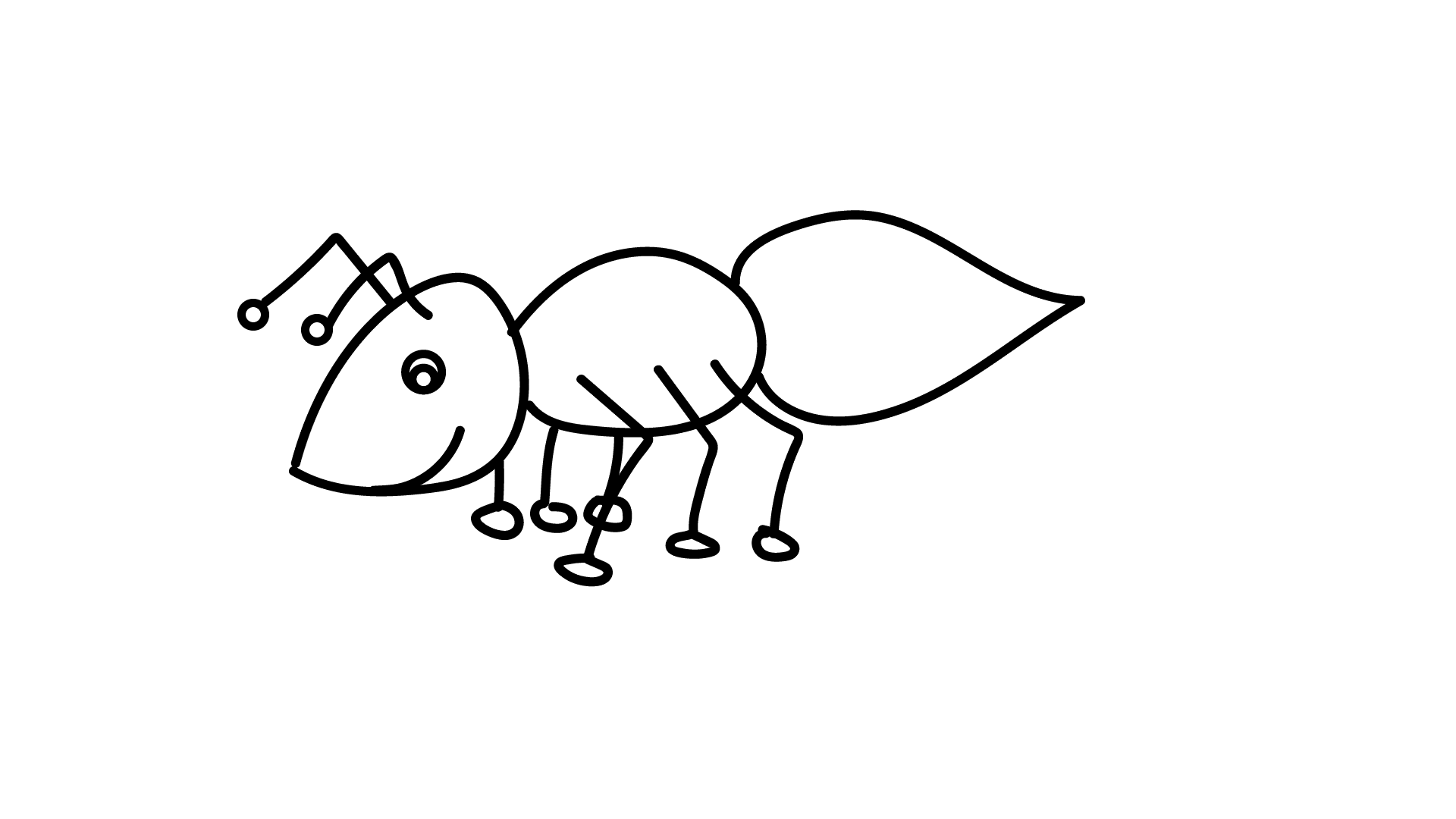 To make your ant even cuter (and move away slightly from a realistic ant), give it a cute smile and draw some small eyes.

Real ants can’t smile and they mostly communicate with pheromones and via their antennas. 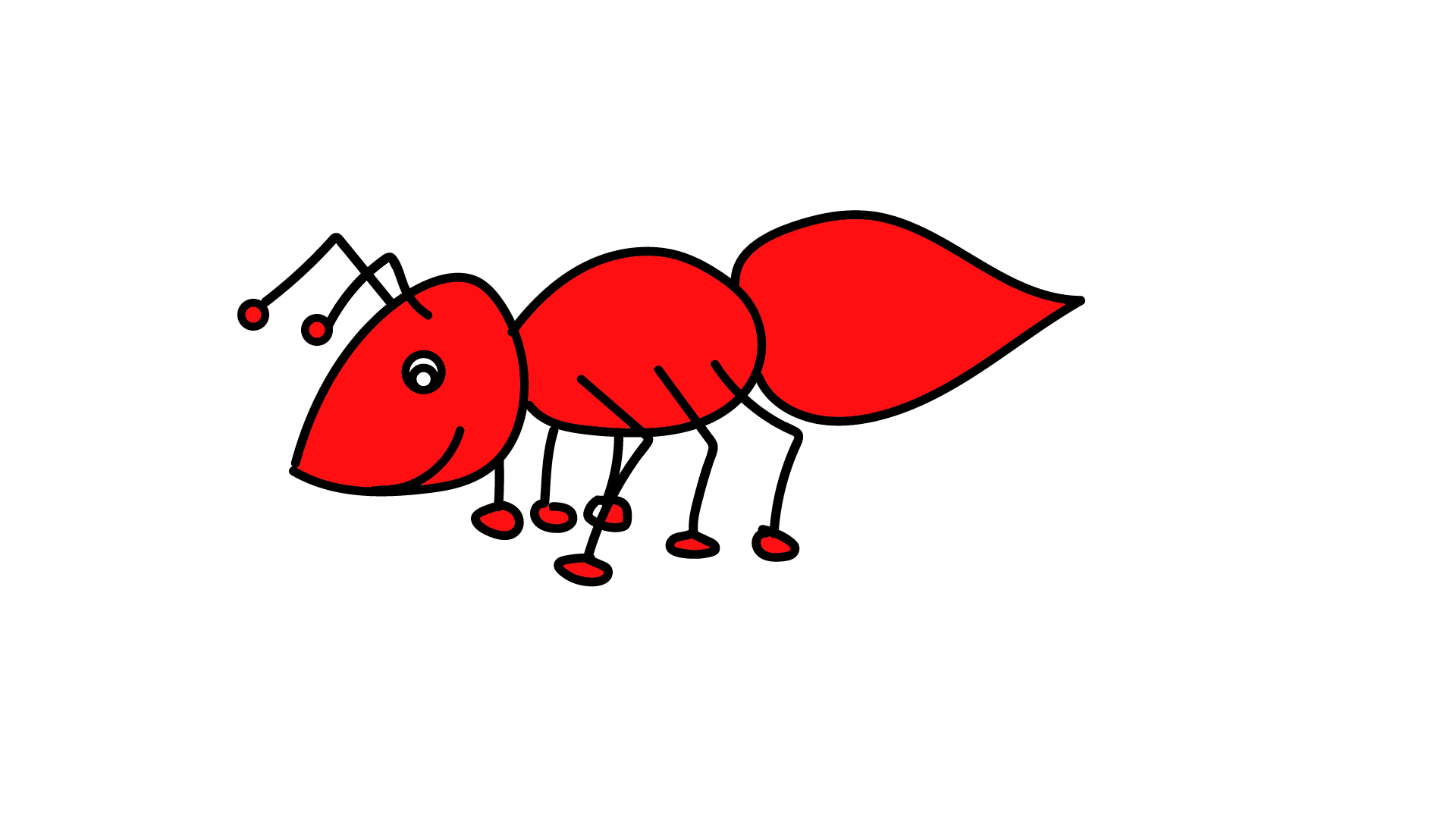 Once the tracing is done, it’s time to color your ant.

Ants come in many different colors from bright yellow to pitch black with all shades of red and orange in the middle.

You drew an ant!

Your drawing is now finished!

You can of course add another small ant next to it or even an entire ant colony, or draw some plants and rocks to give it a background.

I hope you’ve enjoyed this drawing tutorial. Don’t hesitate to subscribe to our newsletter to be notified when a new drawing lesson comes on the site!

For me, drawing is an excuse to introduce new topics. Ants are fascinating, they are so special for many reasons.

1. There are more ants than humans

Ants aren’t the same everywhere. Some ants are tiny like the Pharaoh and its 1/16-inch length. Some are huge like the 1.6-inch Giant Amazonian Ant.

And that’s an average day. Ant Queens are the only ants, even in large colonies, that can lay eggs.

But it needs an enormous amount of food to produce that much. In fact, an army of workers is dedicated to feeding the queen.

4. Ant Queens can live for many years

The lifespan of a queen can vary depending on the species. For some species like the Fire Ant, the queen can live for 7 years. But for some other species, the queen ant is thought to be living for over 30 years.

Worker ants don’t have the same chance as their mothers. They only live for two to seven weeks.

Ants have colonized all continents except for Antarctica.

It is believed that some ants managed to make the journey on ships or drifting wood, but they didn’t have a queen or the food to survive there.

Most islands on the planet, even the remote islands, have been colonized by ants.

Ant colonies are not at all uniform. There are complex social animals and are many roles that are attributed to each ant.

8. Ants are not all siblings

Or more accurately, some ants in the same colony are stepbrothers and stepsisters.

This is because sometimes a captured drone from another colony can be used to fertilize some eggs by the queen.

Is this drawing tutorial for toddlers?

Toddlers can try, but you might not quite see the ant.

I’ve found that the best age to start drawing more complex shapes like an ant is for preschool kids.

Their hands are strong enough to hold a pen precisely and draw the basic shapes that are necessary like ovals and straight lines.

Can I just print a photo to color it?

Absolutely, if you print the drawing from step 6, you can then just color it! 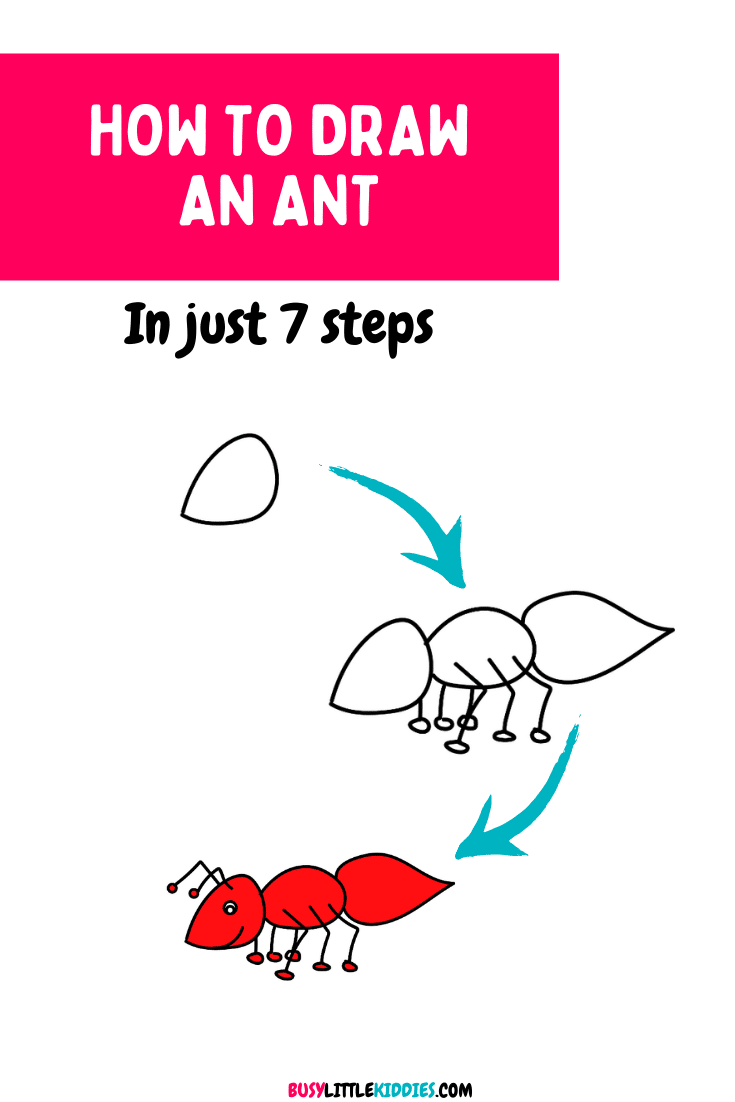 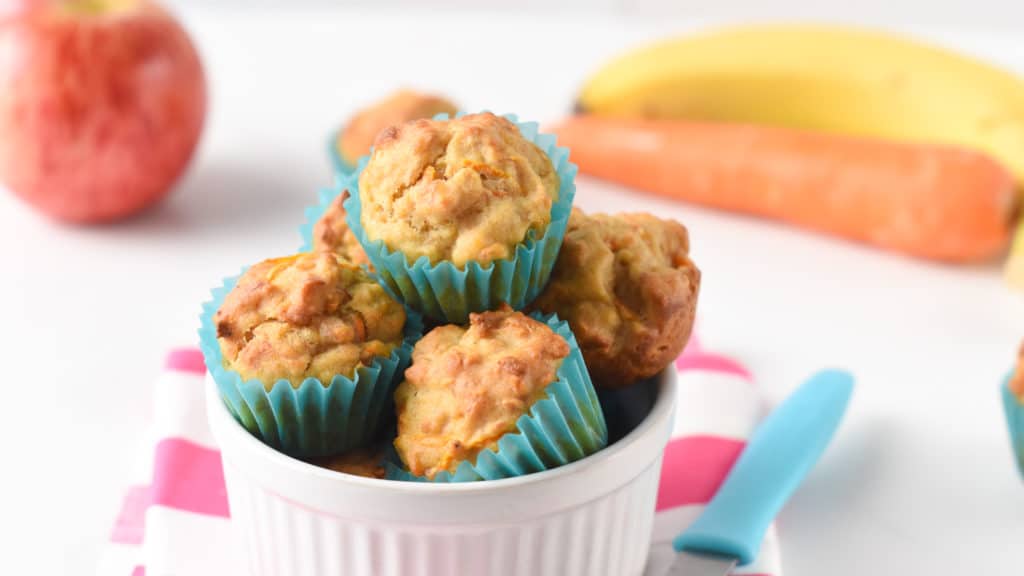 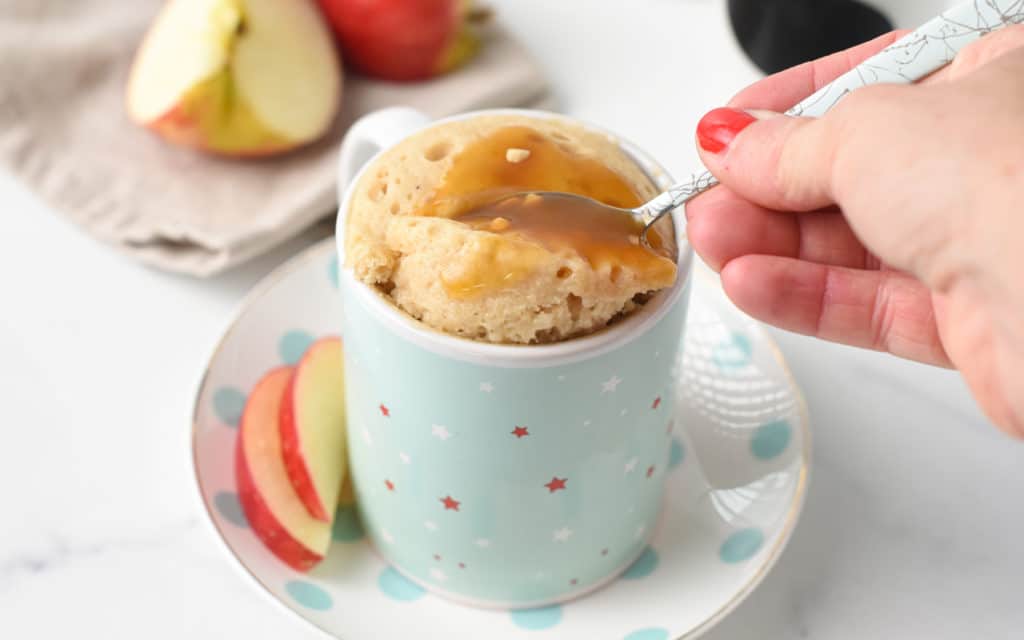 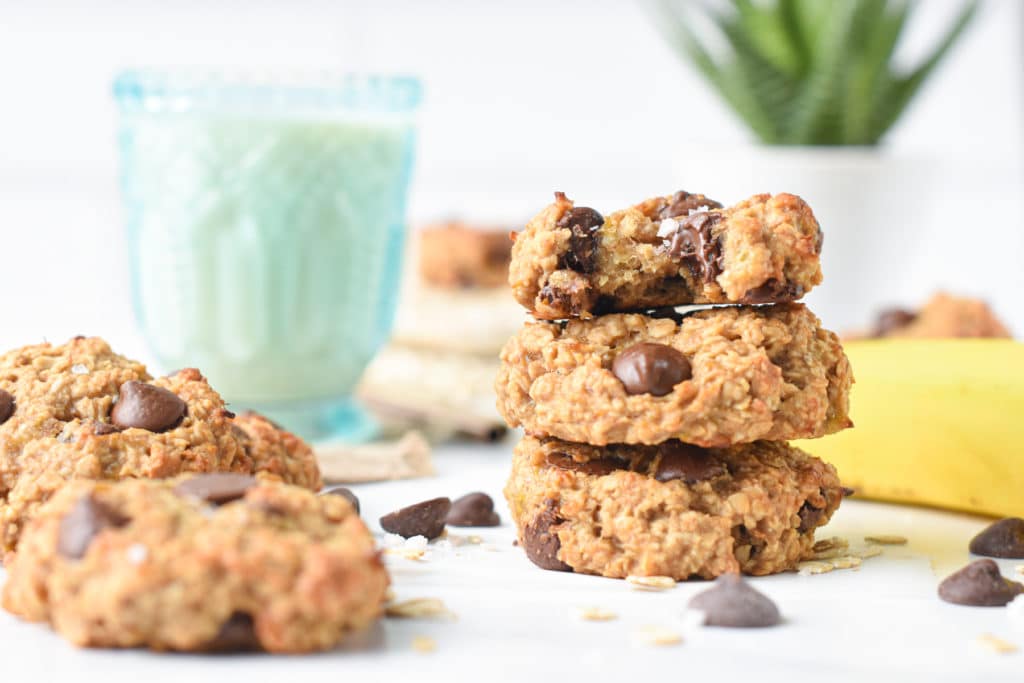 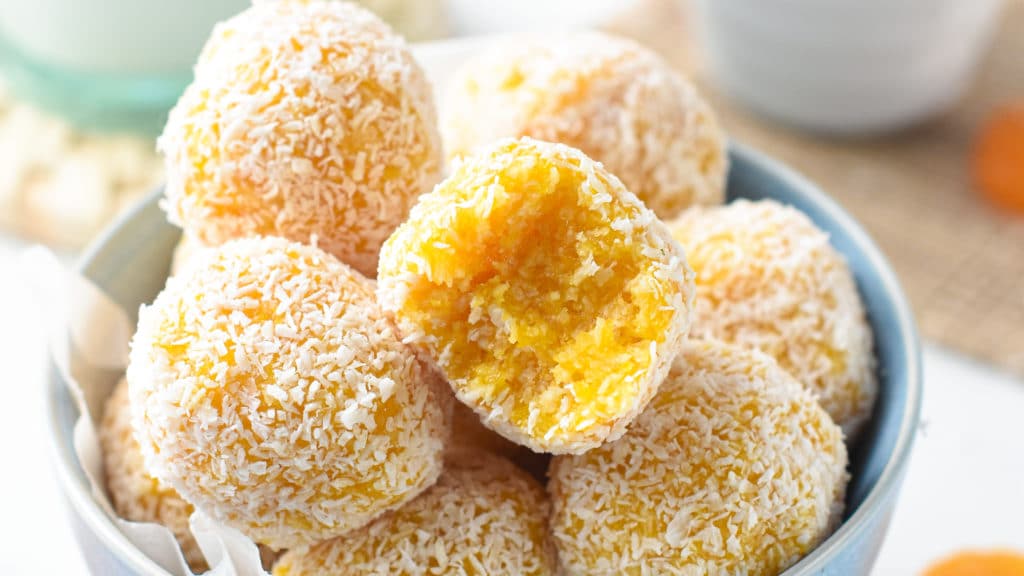 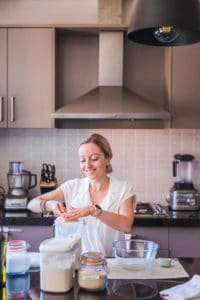